Reel to Real! Ji Hyun Woo and Yoo In Na Spotted Dating in the Park!

According to the articles, they were spotted out together late at night, in the park(!). Apparently, he acted like a bodyguard around her and held onto her hand tightly. She also did a peace sign in front of him and he smiled at her lovingly.

This is too much happiness from one drama. From reel to real!

Best Wishes to both of them!

Will update if other news or pics come out.

EDIT: Both their representative agencies are stating that they will try to find out exactly what is going on from the two people.

EDIT 2: I guess an update would be that YG entertainment said that YIN will be posting her statement on her personal SNS. I guess that would be her Me2Day. But I don’t know if they are just saying that or they really mean it. I think you could read it as- it’s up to her to make a statement or not about this, not them.

EDIT 3: Yep, I was right. I just read an article that stated that it’s not a sure thing that YIN will post a statement. YG basically said that it is up to her since it’s a personal issue and nothing has been decided yet on whether she will even say anything or where.

EDIT 4: The media is squeezing this story for all its worth. We now have the influx of “We Got Married” articles. Apparently, YIN’s partner for the variety show was slotted to be a newbie actor going by the name of “Hyun Woo.” (His real name is Kim Hyun Woo). He appeared in the drama “Pasta,” and the movie “Frozen Flower.” The media is “marveling” over this coincidence in the name “Hyun Woo.”

The thing about WGM3 is that I’m not sure she was really going to appear in this show. Is MBC just stretching words to gather interest for their show? 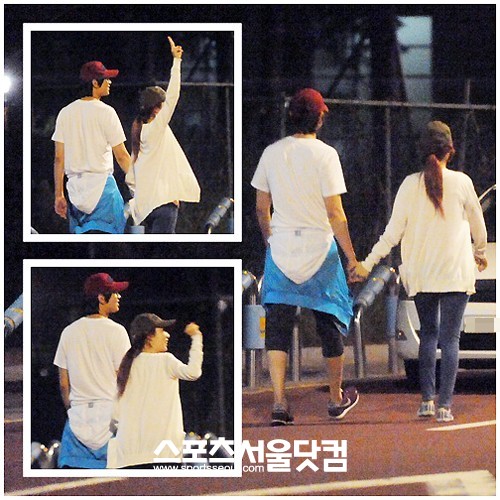