Ah, the top ten list. My most recent version was written four years ago and since then, very few recent dramas have been added. I rank my favorite dramas based on my emotional attachment to them and, perhaps because I am getting older, newer dramas don’t strike me hard as the older ones did.

10. Shut Up Flower Boy Band (tvN 2012)- A story about music, youth, and friendship, this drama would have ranked higher if I was younger. A well-written drama through and through and a breath of fresh air in the K-drama landscape, SUFBB was a wonderful surprise for those tired of black and white characters and bipolar dramatics. 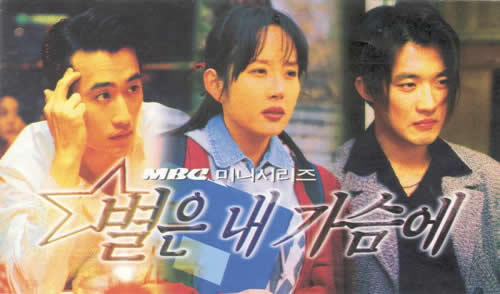 9. Star in My Heart (MBC 1997)- Arguably the drama that started the Hallyu wave, this drama has all the classic elements- a Cinderella heroine, a rebel musician with rich parents, a kind-hearted secondary male lead, and a secondary female lead you love to hate. This was the first drama I ever fangirled so until this day, it holds a special place in my heart and it always will.

8. The Devil (KBS 2007)- This drama proved to me that South Korea could do the dark, mystery thriller genre. A story about revenge and redemption, the story is complicated and smart, without ever losing its heart. 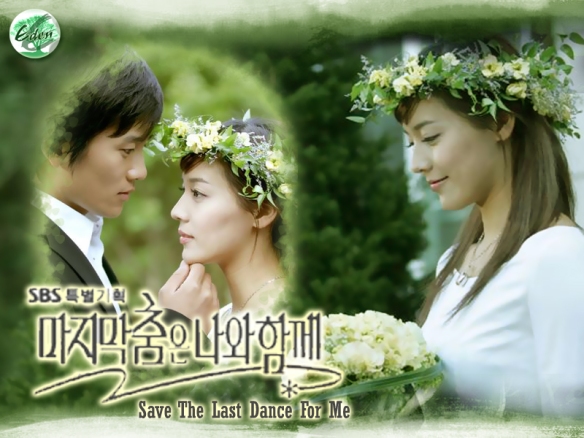 7. Save the Last Dance (SBS 2004)- A quintessential Korean drama from its era, it has the Cinderella heroine, the chaebol hero, scheming secondary leads, amnesia, and noble idiocy. Yet, this drama was never annoying. At its core, the drama never forgot it was a love story and that love is beautiful, and its two leads had a warm and gentle chemistry. To me, it was the last of its kind before these types of stories went into makjang territory. It was a ratings success in Korea (hitting 40%) but this drama does not stand out in anyway. If you are in the mood for a easy, traditional K-drama that won’t have you pulling your hair out, I recommend this one. It ranks high on my list because it is so quintessential.

6. Nobuta wo Produce (NTV 2005)- I have watched a spattering of J-dramas and I’m extremely glad that NwP was one of them. About an unlikely friendship between the most popular boy in school, a social outcast, and a oddball, this drama is about growing up and finding your place in the world. Despite the dark humor, there is a lot of hope in this drama and the three main characters are your best friends by the time you are done with the short ten-episode story. 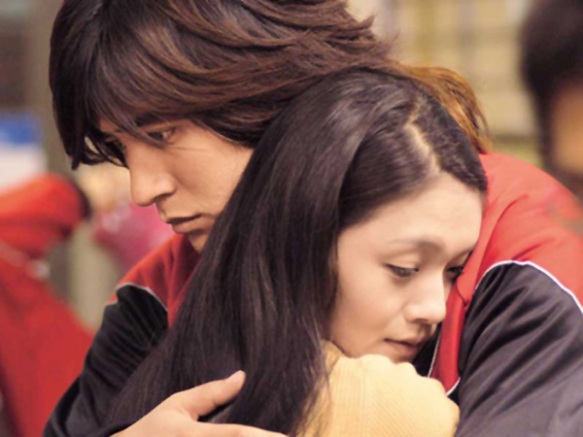 5. Mars (CTS 2004)- I have watched even fewer TW-dramas than J-dramas, but Mars is worth ten, even twenty average dramas. As a love story between an extremely shy art student and a popular motorcycle-driving playboy, this drama shows how two psychologically scarred people find solace and strength in one another. The characters are layered, the story is dark but alive with passion.

4. High as the Sky, Wide as the Earth ( aka By Land and Sky) (KBS 2007)- This is a 165 episode daily family drama and as a story about ordinary people and family, this drama may sound boring but truly, it is worth ever minute you give it. Centered around an adopted hero, this drama is a nuanced portrayal of family relationships. It has a message without being preachy and there are no Cinderellas, cold-hearted chaebols, or evil parents. There is romance, of course, but it shows that romance exists in all forms and in all ages. This drama shows you that there is a tremendous amount of love in the world, as long as you are open to giving it AND receiving it. 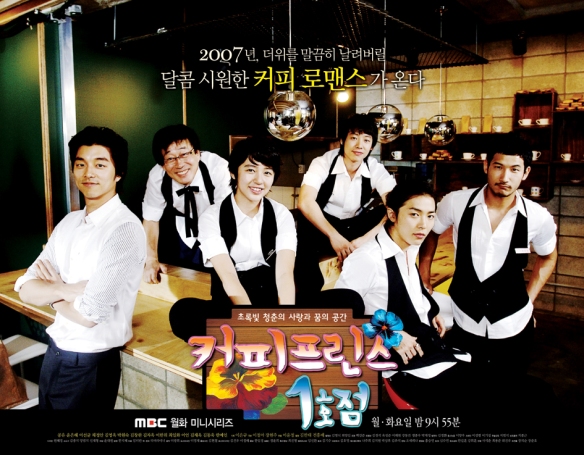 3. The 1st Shop of Coffee Prince (MBC 2007)- Uhm, who doesn’t know this drama already and what more can I say that hasn’t already been said? With a cross-dressing heroine, a prickly hero, and a coffee shop full of eye-candy, this drama is a joy ride from beginning to end. The soundtrack is to die for and the drama arguably made the careers of its two main stars, Yoon Eun Hye and Gong Yoo. Topped with excellent writing and direction, this drama makes me proud to be K-drama fan.

2. Queen In Hyun’s Man– (tvN 2012)- Ah. Ultimately, I couldn’t give the top spot to QIHM. QIHM is the only drama in nine years that I even considered for taking Damo’s place, which is a testament to how much I love this drama. QIHM is a love story between a time-traveling Joseon scholar and a no-name modern day actress, and the most romantic drama I have ever seen. Yet the romance is perfectly balanced with action, thrills, and tragedy- delivering on everything you would want from a drama in a short sixteen episodes.

This drama is excellently written with painful attention to detail. I could tell that the writer loved her story and characters as much as the fans. She knew what she wanted from her story and never sacrificed narrative to pander to the audience. Yet the writer was not a control freak; she let the story breathe and the characters come alive through the actors. Along with the director who never wasted a shot, she breathed life into the story so that QIHM took on a life of its own and truly became a fantasy, a dream, a story to remain in your heart instead of just moving images on a screen. QIHM broke my heart but it also pieced it together. QIHM, I love you. 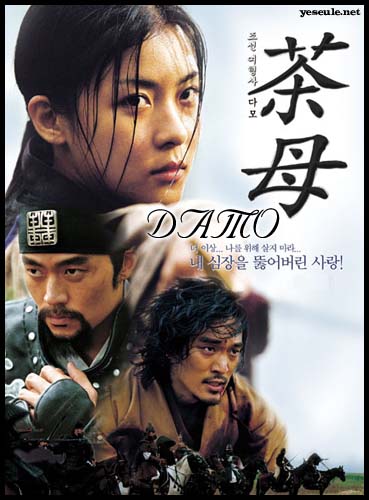 1. Damo (MBC 2003)- Ah, this drama has reigned in my heart for nine years and counting. This drama is not for the light of heart. It will leave you devastated, broken, and weeping in a dark corner by the time you are done with the short fourteen episodes. (Don’t worry, I’m not spoiling anything. You know this from the start.) But you will be a better person for it because if you wanted poetry in drama form, that is what you just got. The first fusion sageuk in K-drama history- an epic story of a lowly Joseon era female detective and the two men whom she loved and loved her back- everyone that I know who has watched this drama was dramatically affected by it. I moped for months after this drama ended- the story and its characters lingering in my heart and haunted my dreams.

Everything is top-notch in this drama- the writing, the direction, the acting, the music- I really mean everything. The visuals are sweeping and the dialogue pierces your heart over and over and over and over (people were ripping just the audio of the dialogue and sharing them as mp3’s at the time it was airing). There are two heroes in this drama and both are worthy of your devotion, adoration, and respect. They are just and noble men who fight on opposite sides of society. Both fight for what is right in a battle with no conclusion, only causalities. And both love a girl, who embodies loyalty and strength. No other K-drama heroine will ever come close in comparison to the heroine of this drama- she kicks ass like no other and her intelligence can only be equaled by her sense of justice and courage.

I just noticed that my top two dramas are both fusion sageuks. Obviously the genre works with me. So give me more drama gods, you hear!