Some Thoughts on Big Episode 8 (Spoilers Ahead!)

Eight episodes in, Big continues to be a delight. With a lot of heart in the story, Big feels like the warm afternoon sun. But perhaps because it is so gentle and warm, Big seems to lack the romantic tension that I’m used to feeling while watching a drama. From years of conditioning, there is a part of me that is expecting to feel the little twist in my stomach from romantic scenes and gestures, and while the drama delivers that a bit here and there, it really doesn’t carry it through. And I can’t blame the writing for that because I don’t think that Big is actually a romantic drama. It seems to be more a story about about growing up and maturing- not just for Kyung Joon but Da Ran too.

The question of OTP has been looming over my head since this drama started but after this episode I think I’m just going to stop thinking about it. I know that Kyung Joon likes Da Ran but  I don’t think that feeling is romantic. Sure, there is a bit of jealousy and possessiveness but I think he sees her more as a friend or sister. We’re also seeing Da Ran feeling a little flutter for Kyung Jae but I don’t think her feelings are ultimately going to blossom into love.

There was this moment in episode 8 when I could actually see Kyung Jae and Da Ran as a couple, rather than a student and a teacher. It was when Da Ran went over to Kyung Jae’s house and they started to play around with the water hose together. It was a moment of play when age did not matter, when innocence met innocence, and they simply enjoyed the moment. I thought for a second here that I could see this pair working out if Kyung Joon stayed in Yoon Jae’s body. 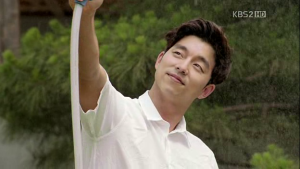 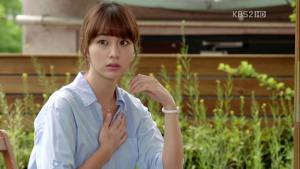 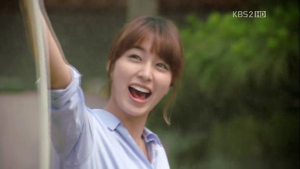 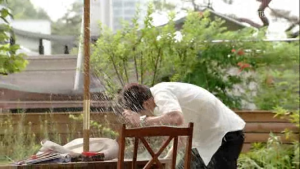 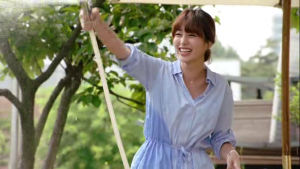 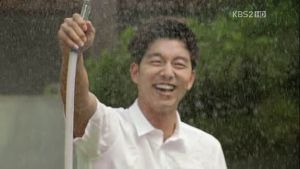 But ultimately, I don’t want the body switch to be permanent. I wrote in my previous post about Big that I was concerned about the possibility that Kyung Joon would stay in Yoon Jae’s body because I really don’t want Kyung Joon to grow up that fast and be stuck in a life and family that wasn’t his choice. Kyung Joon is still young kid who has a bright future ahead of him and the body switch stole that. In episode eight, we see what a permanent body switch will be like for Kyung Joon.

Kyung Joon is at the hospital cafeteria having lunch with Yoon Jae’s friends. They are talking about businesses and weddings- the stuff that only interests adults. Kyung Jae hears kids talking and laughing over at the next table- they are his real peers having fun. He looks at them wistfully, knowing that he can’t be part of that group as Yoon Jae. 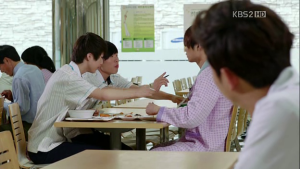 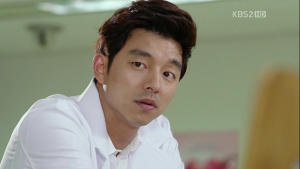 Kyung Joon needs his childhood back and he shouldn’t stay in Yoon Jae’s body forever. But if he returns to his own body, the OTP of Kyung Joon and Da Ran really wouldn’t work anymore. I think that the Hong Sisters are going to switch back the souls either sooner or later, and since I also don’t think they are planning to make Da Ran and Kyung Joon the end game (because romance isn’t the point of this drama), I’m not going to worry about the OTP anymore.

What do you guys think about Da Ran agreeing to marry Kyung Jae? She has two reasons for saying yes. One is that she thinks she still likes Yoon Jae and the other is that she wants to help out Kyung Joon. The first reason annoys me a bit because I want her to have a clean break with Yoon Jae. I’m fine with her getting back with Yoon Jae when he comes back, but not like this. As for the second reason, I don’t really see this marriage as necessary. The excuse of the parents on both sides just doesn’t seem compelling enough to make a such huge decision.

Another thing I noticed about this drama is that while it is populated by fun and interesting side characters, those characters just don’t provide that much tension to the main conflict. It’s fun to watch their scenes but I feel like the overall story lags when they are on. Thankfully this is counterbalanced by the zippy KyungJae-DaRan conflict.

This drama is definitely quieter than the Hong Sisters’ previous dramas like Greatest Love. All the emotions of Kyung Jae and Da Ran are quietly portrayed. I really love this but I think it might be affecting the humor in the drama too. Perhaps its the execution, but while the humor is creative, I don’t find myself laughing out loud. Maybe I’ve watched too many of the Hong Sisters’ dramas but watching the comedic bits are more about how the Hong Sisters’ can make a situation funny, rather than actually being funny. Or maybe it’s the emotional quietness of the DaRan-KyungJae interactions are carrying over into the humorous parts. Either way, comedy is not that striking.

And finally…. now I definitely think that Yoon Jae and Kyung Joon are related. And not just by father but also by mother. Did Yoon Jae’s parents give up Kyung Joon as a child? (If the relationship between them is THE big secret of the drama and this is really all it is, I would be a little disappointed after all the teasing that the Hong Sisters are doing.)

This drama keeps us guessing and I’m happy that it does.I might have even to take back everything I have written in this post by the next episode. This drama can really go anywhere. There are still a lot of questions that need to be answered and there are also some questions that haven’t even been asked yet. So far, none of the main relationships are black and white; there are plenty of shades of gray everywhere.  It might be a little confusing and frustrating but I’m planning to enjoy the drama for what it is. I think it will be worth the adventure. 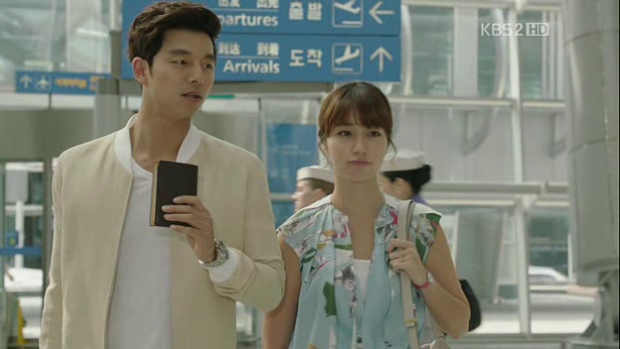 Tags: Big, Gong Yoo, Lee Min Jung
From: Drama Reviews and Impressions, K-Drama
← Who Was Your First Love? “Introduction to Architecture” Movie Review
Teaser and Character Stills for Movie “I Am the King” →
18 Comments Post a comment