Aw man, this drama is making its way up on my “must watch” list for August. The second teaser for To the Beautiful You shows us a bit more of the characters and I’m happy to report that the drama seems to be heading for the fun.

Sulli: I saw his flying.
Sulli: To be next to him, I became a boy.

Sulli: I have liked a boy.
Minho: That kind of one-sided affection is called stalking.
Minho: It doesn’t matter even if I can’t jump.
Lee Hyun Woo: Man to man, if we see each other naked while taking a shower…
Kim Ji Won: You keep bugging me…
Lee Hyun Woo: If that was Tae Joon’s lips and this is your lips…

Sulli is looking convincing as the Goo Jae Hee, the bright and determined crossing-dressing girl. It looks like there will be a lot Minho, as the high-jump champion Kang Tae Joo who is afraid to jump after an accident, looking pretty while angsting. Unfortunately, there is too little of Lee Hyun Woo in this trailer, who plays the soccer player, Cha Eun Gyeol. 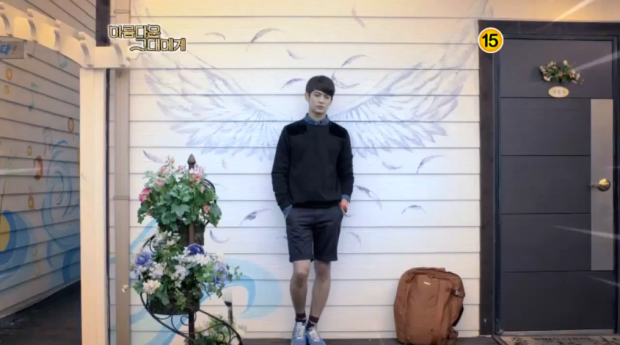 The teaser is using plenty of the word bubble comic effects, which might be preparing us for the over-the-top tone of the drama, but I’m also getting a really a good feeling about the high energy and tension that I love in dramas about youth and coming-of-age.

After Queen In-Hyun’s Man, my drama pool has been sort of dry, but here’s to hoping that August will fill that pool with cracktastic, well-made, and narratively interesting stories. To the Beautiful You premiers Wednesday, August 15.