The Korean title of the drama “Faith” is 신의. Pronounced shin-eui,  it is a Sino-Korean word that can be expressed both in Korean script (Hangul) and and Chinese characters (Hanja). One of my favorite things to do is to study the Hanja of Korean words because it reveals the depth and width of the meaning that the word is suppose to convey. One of my least favorite things to do is to translate Korean words because- perhaps because I am not an English dictionary, nor am I a professional translator- I can’t find the correct English word that fully conveys that depth and width.

Shin-eui is such a word. The Hanja- 信義- is made of two characters, one that means faith and the other, loyalty (in context of being next to “faith”). The widely-circulated translation of shin-eui  is “Faith,” which I think works fine but loses the relationship facet of the Korean word. The Korean word isn’t just about an individual but how two people relate to each other. There is always two or more people that is conveyed in the word shin-eui. So shin-eui is not something that one person has but a relationship between two people.

For a drama centered around a king, his warriors, and his citizens, shin-eui is a perfect title. We have seen shin-eui being built between Gongmin and Young continuously during the drama and how exciting has that journey been? Young was initially bound to Gongmin out of duty and his status as a warrior. Gongmin was bound to Young because he did not have anyone else to rely on in Goryeo. But as they began to learn about where each other came from and prove their character and worthiness, Young and Gongmin became more than a king and warrior. They are now friends and brothers.

Unlike with Gongmin and Young, we never saw the shin-eui develop between Young and his Woodalchi. It was already there, strong and unbreakable. We don’t know how it became that way. In the beginning, when Young entered the Woodalchi quarters as the youngest daejang ever, the other Woodalchi were skeptical and wary of the young man from the famed and legendary Jeogwoldae.

Somewhere along the way, Young earned the love and respect of his Woodalchi men and by the time we entered their world, the Woodalchi circle and follow Young around like a litter of puppies. They may act like puppies but their spirit is undeniably made up of warrior material. Their shin-eui is instinctive, natural, and fierce. They will follow through with their duty to the death not because they have to but because they want to. They will die for their daejang, their king, their country, and each other. 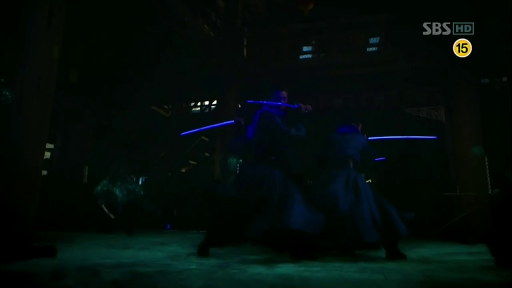 So here is a post in pictures to celebrate the Woodalchi and what they stand for. They have been sometimes frustratingly slow and incompetent but I think at this point, we can just celebrate their spirit and their shin-eui.

We have a composer in our midst who has generously shared a song she wrote for the fallen Woodalchi. Goodness gracious…my heart! 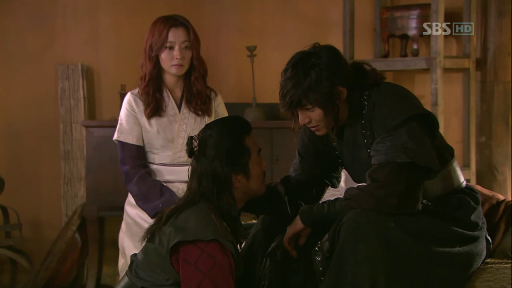