Preparing for the Ending of “Faith” 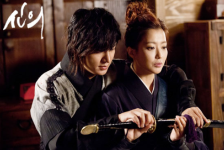 In the beginning of recapping this drama, I introduced myself as a type of viewer who doesn’t really care about the endings of dramas in general; it is the journey of the characters that matter more to me. If the ending makes sense in the whole narrative context, whether the ending is sad or happy, I am satisfied.

I started off this drama expecting a sad ending. But as I watched how much Young and Eun-soo went through and my attachment to the characters grew, I found myself wanting a happy ending for them. But I never let myself hang onto that because I wanted to be true to story that the writer wanted to tell. I know that just because I think Young and Eun-soo deserve a happy ending doesn’t mean they should get a happy ending. When a writer writes her characters, they start to come alive and sort of form a life of their own. The characters start to lead the writer and not the other way around. So whatever ending Young and Eun-soo lead Writer Song to, I will accept because it will be organic instead of forced. I hate when good dramas are ruined by a forced happy ending or sad ending. I want a drama where a writer knew the story she wanted to tell from the beginning and followed it through. So I hope “Faith” will have an ending, whether sad or happy, that makes sense in terms of the whole entire story.

Redpinkboxes, in her wonderful and inspirational post on Eun-soo, suggested that an ending where Eun-soo goes back to her world because she is forced to leave Goryeo to save Young. If we go by what the fortune teller said about Eun-soo going on a long journey for a year (and time passes faster in the modern world than Goryeo, it seems), Eun-soo will be going back to the modern world at the ending. I know both Eun-soo and us viewers worry about how this will affect Eun-soo and Young because of what she said at the end of episode 22, but I ultimately believe she will promise to him and he will promise to her before she leaves that they will live well and live happily in their respective worlds because only then can they carry on without each other. If we get this kind of ending, the drama will be a perfect example of bittersweet. Let me confess to you guys. I thought in the beginning that “Faith” was going to be up how just about how Eun-soo becomes a great doctor, Young becomes a great warrior, and Gongmin becomes a great king. This had me so excited because I love dramas about people transforming into better people. So in the beginning I was more interested in Gongmin and Young’s relationship and how they were making each other into better people. With Eun-soo, her transformation was not very apparent. She didn’t have the same long and frequent debates with other characters and we never really knew what was going on in her head and how she really felt like being in Goryeo. But when I took the time to think about Young and Eun-soo’s relationship and their individual character growth, I saw the transformation happening. Still, I was disappointed a bit because it seemed that their transformation relied too heavily on each other. So when Young said to Gongmin that Eun-soo was always first and will always be, I was slightly upset to learn that Young had done all those great things, not out of a separate and individual calling to the cause of Goryeo, but because it was always better for Eun-soo. This had me worried because it was leading to an end where Young would be shattered by Eun-soo’s departure, when I had believe all this while that Eun-soo and Gongmin were teaching him to become a great warrior based on his own conviction, not just because Eun-soo was there. In other words, I was hoping Eun-soo was the tool, not the hand that wielded the tool of shaping Young into the legendary warrior. But now, I have accepted the fact that Eun-soo is indeed the hand. I know for sure that Eun-soo and Young will live a fulfilling live even if they are separated, precisely because of their love for each other because you know what, Eun-soo is going to make him promise not to live the way he did before. 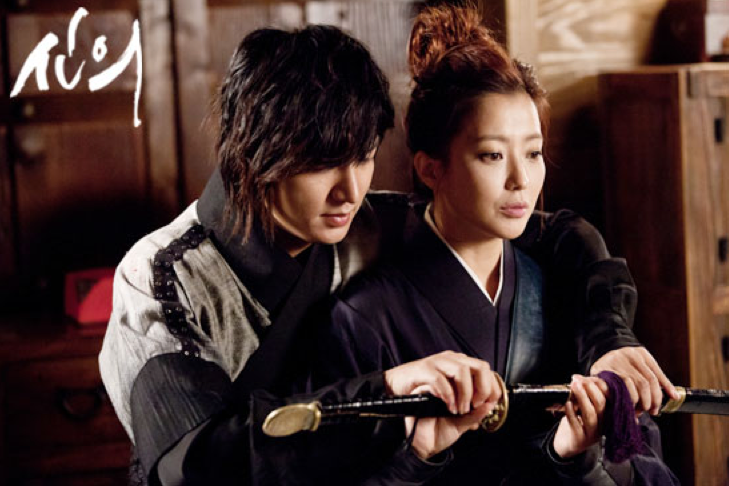 I think the possibility of an ending where Young goes to the future is out because even if I think that Young will go if Eun-soo asks, she won’t ask because she knows he will always be wondering about Gongmin and his Woodalchi. Remember what Young was like when they were heading to the portal before? Also, Eunsoo won’t ask because she wouldn’t want to change history. I am not predicting Young won’t go to the future because we know in reality that he lives in Goryeo until old age. If the writer was relying on that outside knowledge of viewers to provide a reason for Young’s inability to leave Goryeo, that would be just poor, poor storytelling. So believing that Song Ji-na is a smart writer, I am predicting that Young won’t go to that future based on how she has drawn the characters of Young and Eun-soo.

This post is basically explaining to other fans of “Faith” how I am preparing my state of mind for whatever ending we get because the possibility for a happy, sad, or bittersweet ending is still wide open. There are three types of endings we can have. The first is very happy ending where Eun-soo and Young live happily together in Goryeo, after whatever happens to heal Eun-soo. The saddest ending will be if either Eun-soo dies. Or a ending where they separate and live miserably in their respective worlds but as I said, they won’t do that, because of their love for each other. This would be the middle level ending, or the bittersweet ending, where they separate but live on bravely and well, unlike what Eun-soo is foreshadowing. I know I will be weeping buckets if this happens but I won’t hate the drama for it. I know most of you regard the scenario of separation as a sad ending, but for me the only real sad, horrible ending would be if Eun-soo dies.

For me at this point, any type of ending makes sense, narratively. Writer Song has left the door so wide open and because she is being so stingy about any real details concerning Eun-soo’s time-traveling, we don’t know where this story is going to go in the last two episodes and how it is going to end up. So unless the story in the last two episodes doesn’t make any sense at all, I won’t be grumbling about the ending- just weeping if it is sad or bittersweet, or jumping for joy if the ending is happy.

Let me address the very small possibility of a reincarnation ending because we sort of have that looming over this one after the other time-traveling dramas this year. I used to hate reincarnation because I felt like a character I had grown to love and care about was just thrown out and replaced. I used to hate it because it felt like such a cop-out, an easy solution that tried to please the fans that wanted a happy ending but the story would have turned just too strange if they let the past and future be together.

I recently had a discussion with a friend from Korea about reincarnation that started off with me asking about the Korean word in-yeon (인연), which has been translated as both destiny and fate. She told me that in-yeon is actually closer to fate, with the word un-myeong (운명) meaning destiny. But, she said, in-yeon is not really fate either. It is a connection, relationship, and network between two people. This concept is really hard to explain because in Western traditions, when we talk about fate or destiny, we think there is a higher power like a god, controlling or designing people’s lives. But in Korean or Eastern tradition, in-yeon and un-myeong don’t have anything to do with a god. Even when Koreans talk about “heaven,” this isn’t the same as god, a single entity.

I bring up in-yeon because it rooted in the Buddhist tradition, as reincarnation is. Buddhism has been around in Korea for about 1500 years and it is deeply embedded in every aspect of Korean culture and way of thinking. (Keep in mind that there are many different branches of Buddhism and the religion has evolved in many different countries, in many different ways, for hundreds and hundreds of years.) Koreans see in-yeon in every relationship and it a culmination of many reincarnations.   Without going deep into how karma works, reincarnation happens through the culmination of one’s action and choices throughout his or her lifetime. So in the concept of reincarnation, there is a lot of agency and individual will. Before, I had a problem with reincarnation because I thought it it just solved the story by saying, “It was just meant to be so all the hardships and the journey of the characters didn’t matter,” but now I understand how powerful reincarnation is- how much a person in the past had to want to be reborn in order to be reborn an innumerable number of times. And in the new life, you meet the people you meet because of in-yeon that has been built over many lifetimes.  Because in Buddhism there is no concept of soul, we can see rebirth and in-yeon as this cosmic tie and energy between people. How powerful and beautiful and expansive is that? That the connection between people transcends time and space?

This explanation of reincarnation/rebirth is not as detailed or well-researched as I would like it to be but I just wanted to get it out before Monday so please excuse the lack of coherency.

Hmmm, all things considered, I think the ending will be happy. I really do.

EDIT: I’ve posted this before but I’m posting it again because I hope it all makes us laugh a little and helps us approach the final week with lighter hearts. “Faith,” oh how you drive me crazy.

I wish I could have made more fanvids either than this one and the “I am a Warrior” one but my computer has been slowly but surely dying on me and the editing software kept on freezing so I gave up and decided to devote my time to writing instead. Different from “Queen In Hyun’s Man,” this drama was more fun to write about than to create fanvids for.