Down the Rabbit Hole: Cheongdamdong Alice Episode 3 and 4 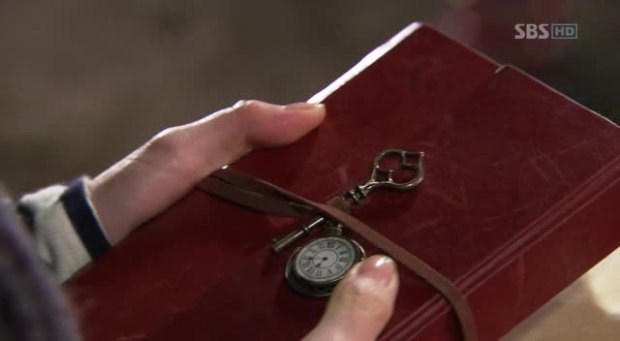 What a wonderful adventure! I haven’t laughed this much or had so much fun watching a drama in a long time. There’s plenty of food-for-thought, friendship, family, tears, and romance in Cheongdamdong Alice, making this drama an all-around K-drama fantasy. I’ve followed that white rabbit down the hole and I’m up for anything that comes my way!

In my first impression post about Alice, I commented on the quasi-critique the drama had on South Korean economic materialism and stated my dubiousness about how far this drama will take that. I predicted not very far and I was right. But this is not a bad thing, I have realized. This drama was never meant to be taken as serious social critique and while in the first two episodes, it pointed fingers at the rampant consumerism that has taken over Korean society, this was merely to establish the world inhabited by the characters; in other words, to give structure to the social world that Se-kyung, Yoon-joo, and Sshhaa~ live in so we can understand why they made the choices they did. Alice is a romance drama first and foremost. Which means all the world’s wrongs must be made personal; actual social critique is subsumed by the ever faithful narrative of Cinderella and her Prince. So by episode 3 and 4, we root for Se-kyung to triumph in the already existent social structure that will continue to churn out one materialistic girl after another, not for her to overturn it. At the end, Se-kyung will marry her Prince Charming and live in a beautiful and spacious Cheongdamdong palace. 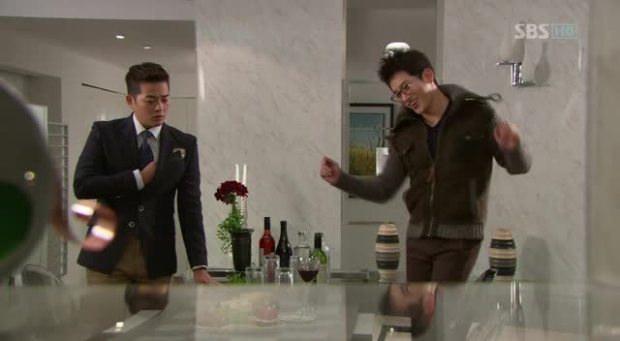 Yes, it’s a predictable ending but it’s going to be so much fun getting there, especially with the off-kilter Jean Thierry Sshhaa~ at the helm. He is perfectly loony but so earnest in everything; it’s quite endearing. Heck, I’ll say he has charmed my pants off. Park Shi-hoo is putting his all into this character and he has reaped his reward- I am becoming a fan. He looks like he is having so much fun and I am having fun along with him. From his high-pitched saturi to his deep-throated CEO tone, from his obsessive texting to his poised “reflections,” from his joker smiles to his fierce charisma, and from Cha Seung-jo to Jean Thierry Sshhaa~, I am enjoying every minute of Park Shi-hoo’s performance. Bravo! 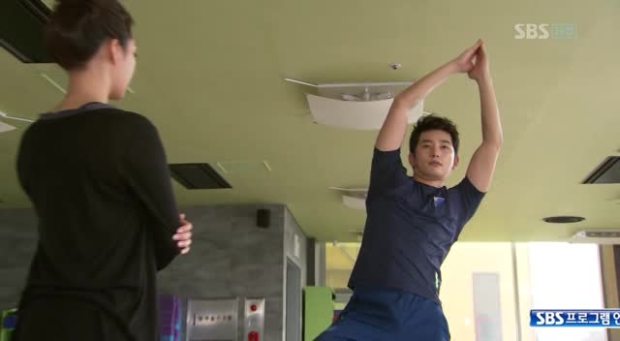 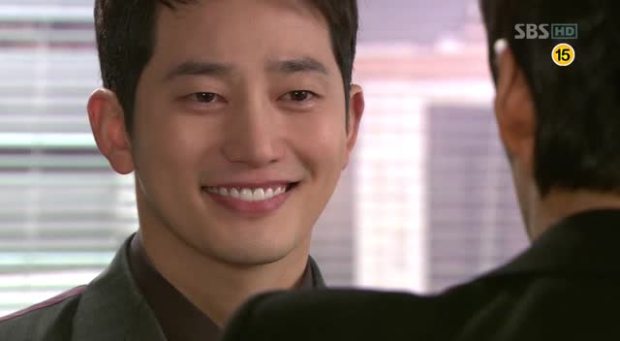 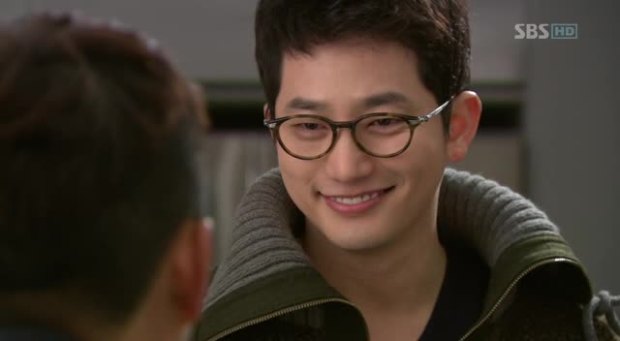 Other than a hero who is closer to being Prince Alarming than Prince Charming, there is another unexpected element in this Cinderella story- the heroine forges a friendship with the evil witch. (Yes, I know I’m getting my fairytales mixed up but you get the gist.) By episode 4, Se-kyung and Yoon-joo have entered into an interesting mentorship, founded by a threat but leading to mutual understanding and respect. Yoon-joo is turning out to be more than just a two-dimensional “evil” secondary lead so I’m curious what her reaction will be when she finds out her old “husband” is really in love with Se-kyung. I don’t think that Yoon-joo has any feelings left for Seung-jo but the case with villainous characters is that they feel possessive and righteous not matter what. I wonder if Yoon-joo will lay a claim on Seung-jo in any way against Se-kyung. I hope Alice will continue to be as unexpected as it has till now.

What also prevents Alice from being a typical Cinderella story is how Cinderella is trying on the glass slipper that doesn’t fit. Se-kyung wants to become the princess in the palace and is consciously doing all she can to become one. She seeks guidance from Yoon-joo and when Yoon-joo gives her a test to dress up as a Cheongdamdong lady, Se-kyung fails. Yoon-joo points out that it’s because Se-kyung dressed herself up as poor woman trying to look rich, instead of a rich woman just dressing up everyday. It’s interesting- Cinderella was originally a gentleman’s daughter who ended up poor because of her father’s death and her stepmother. Se-kyung, on the other hand, was always in that working class and never had the opportunity to cultivate a “genteel” mind. Cinderella’s delicate feet fit into those elegant glass slippers perfectly without any effort but to Se-kyung, who has always seen clothes through frugal eyes, Cheongdamdong consumerism is something she has to mold herself into. 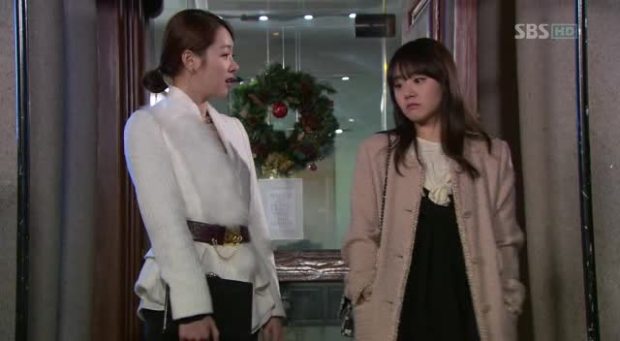 On the completely shallow side, I love romance stories when the hero falls in love with the heroine first and chases after the girl. Love, love, love. This means lots of longing looks, wagging tails, and unnamed good deeds. Jean Thierry Sshhaa~ totally becomes just plain ol’ Cha Seung-jo in front of Se-kyung and it’s both hilarious and delightful to watch. Ah, the pining heart of love! Give me moar! 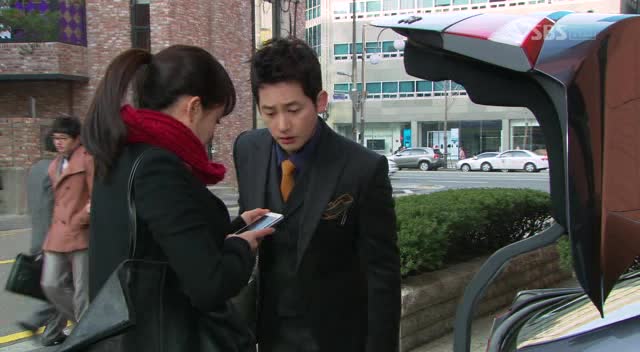 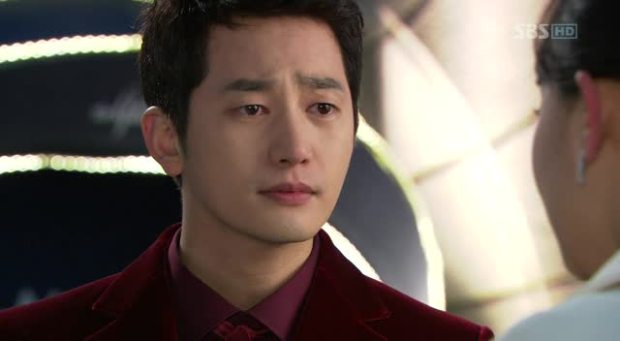 Yup, Joonni is a very happy girl. With Cheongdamdong Alice, School 2013, Missing You, King of Dramas, My Daughter Seoyoung, and Homeland, my drama plate is full to the brim with a diverse offering of genres. Yay! *giddy dance*

So how did you guys like this week’s episodes?