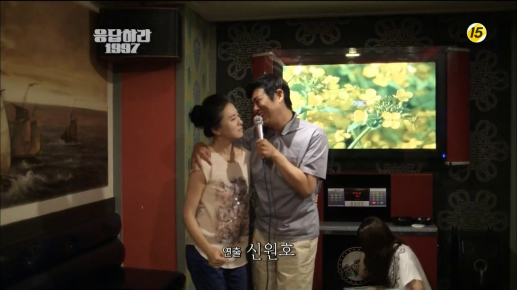 July 2012, Seoul.  A mother and father are dancing and singing to an old Korean ballad at a noraebang (Korean karaoke) while their daughter is crouched by the machine, frantically looking for a song to sing before time runs out on their reservation. The father instructs the daughter to pick a “good” song with a palatable melody; none of that English-infused gibberish. He laments- “Old songs were so good.” Unfortunately, “old” doesn’t mean the same thing for his daughter. She picks a song from her youth, “Candy” by the 1990s K-Pop idol group, H.O.T. Fangirl Lesson 1: Always sing your favorite group’s song at noraebang. END_OF_DOCUMENT_TOKEN_TO_BE_REPLACED